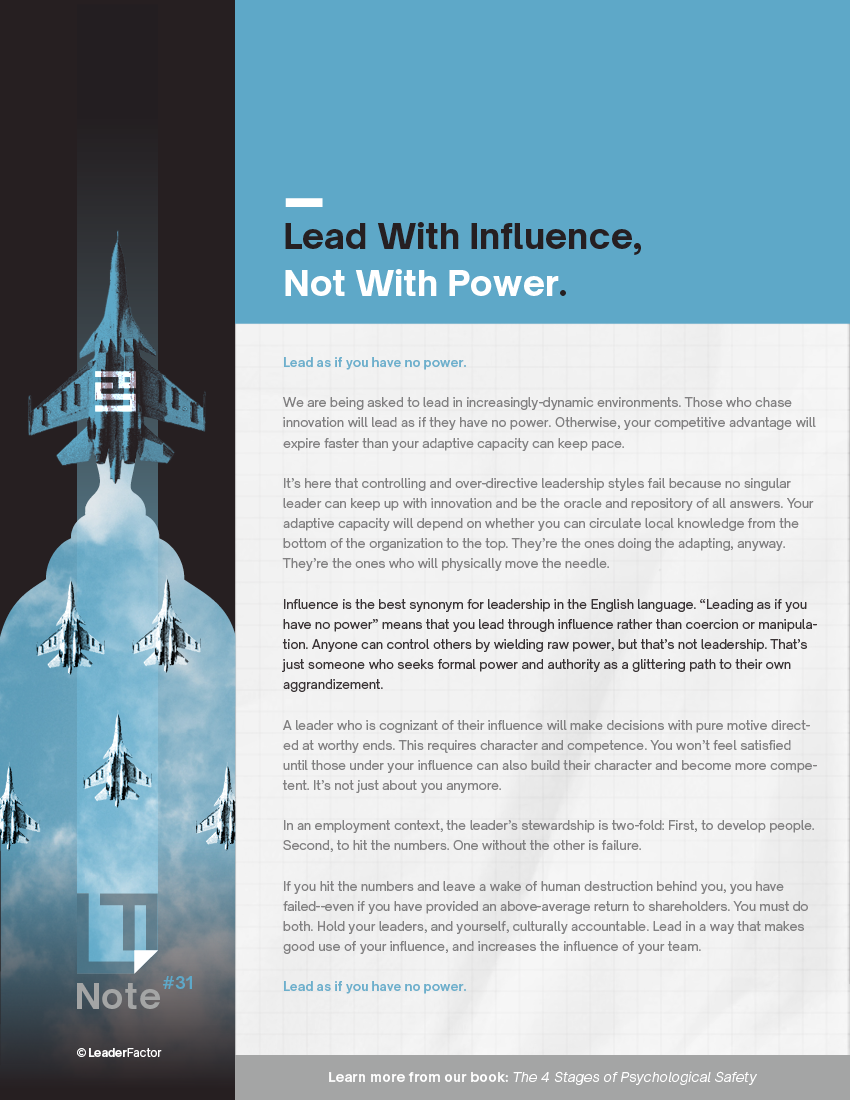 Lead as if you have no power.

We are being asked to lead in increasingly-dynamic environments. Those who chase innovation will lead as if they have no power. Otherwise, your competitive advantage will expire faster than your adaptive capacity can keep pace. It’s here that controlling and over-directive leadership styles fail because no singular leader can keep up with innovation and be the oracle and repository of all answers.

Your adaptive capacity will depend on whether you can circulate local knowledge from the bottom of the organization to the top. They’re the ones doing the adapting, anyway. They’re the ones who will physically move the needle. Influence is the best synonym for leadership in the English language. “Leading as if you have no power” means that you lead through influence rather than coercion or manipulation. Anyone can control others by wielding raw power, but that’s not leadership. That's not rewarding vulnerability or a culture of psychological safety.

That’s just someone who seeks formal power and authority as a glittering path to their own aggrandizement. A leader who is cognizant of their influence will make decisions with pure motive directed at worthy ends. This requires character and competence. You won’t feel satisfied until those under your influence can also build their character and become more competent. It’s not just about you anymore.

In an employment context, the leader’s stewardship is two-fold: First, to develop people. Second, to hit the numbers. One without the other is failure. If you hit the numbers and leave a wake of human destruction behind you, you have failed--even if you have provided an above-average return to shareholders. You must do both. Hold your leaders, and yourself, culturally accountable. Lead in a way that makes good use of your influence, and increases the influence of your team. Lead as if you have no power. 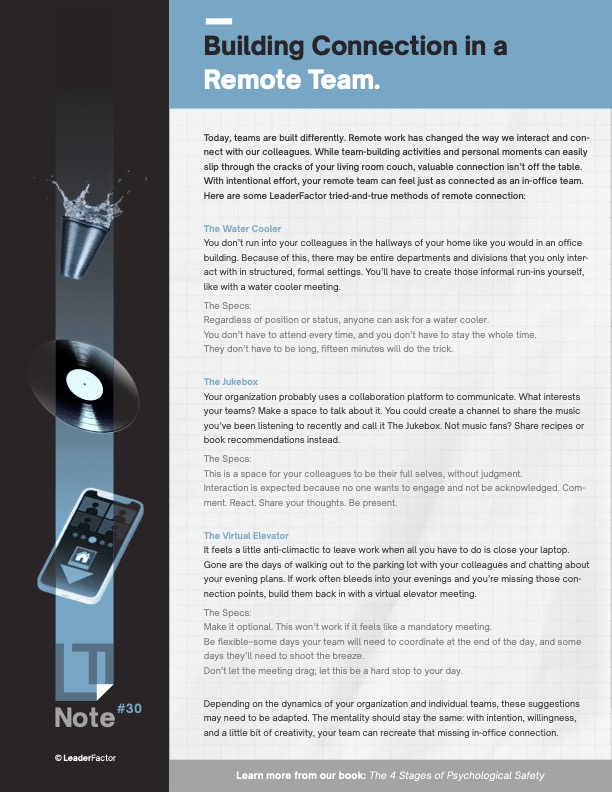 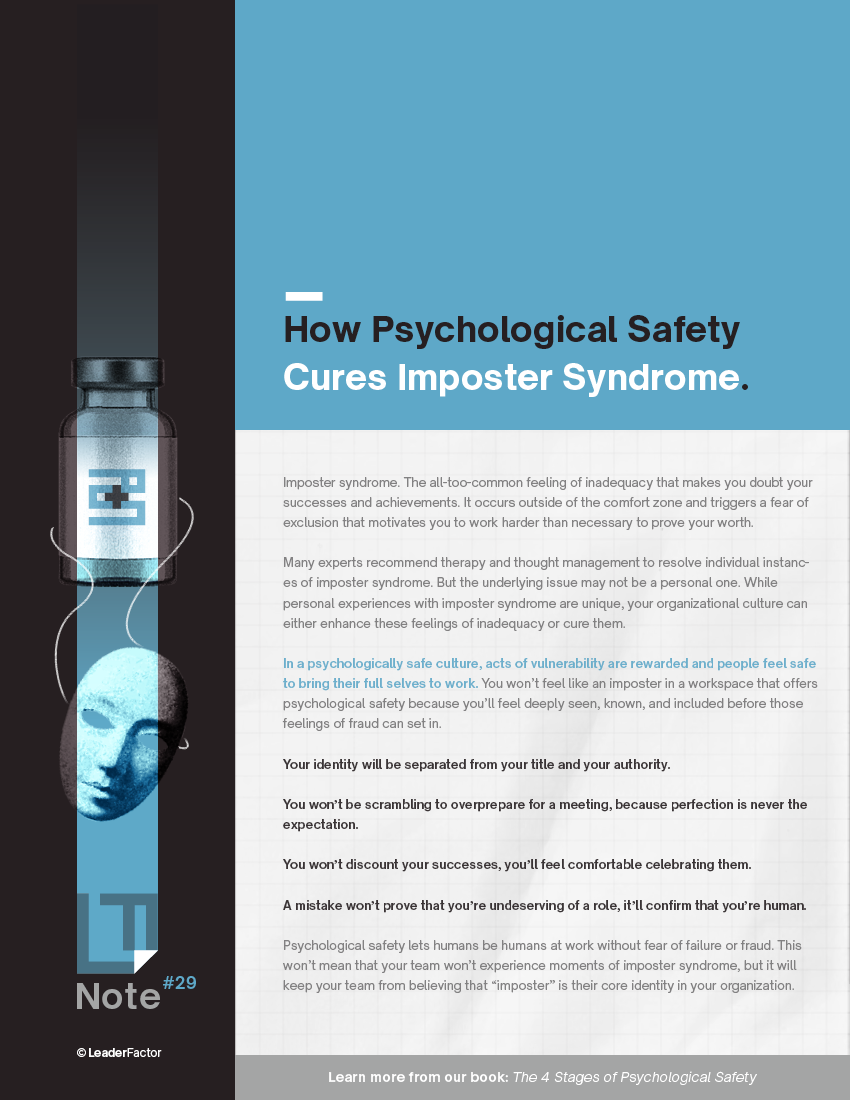 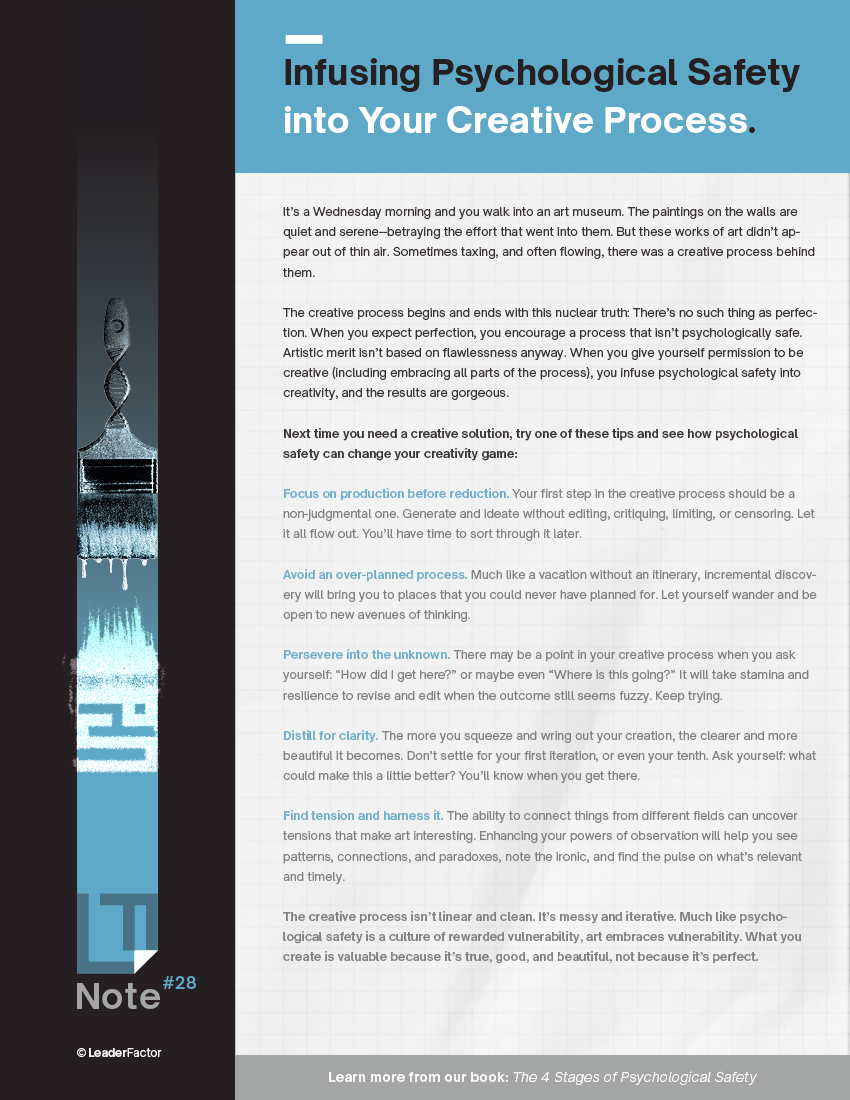 It’s a Wednesday morning and you walk into an art museum. The paintings on the walls are quiet and serene--betraying the effort that went into them. But these works of art didn’t appear out of thin air. Sometimes taxing, and often flowing, there was a creative process behind them.